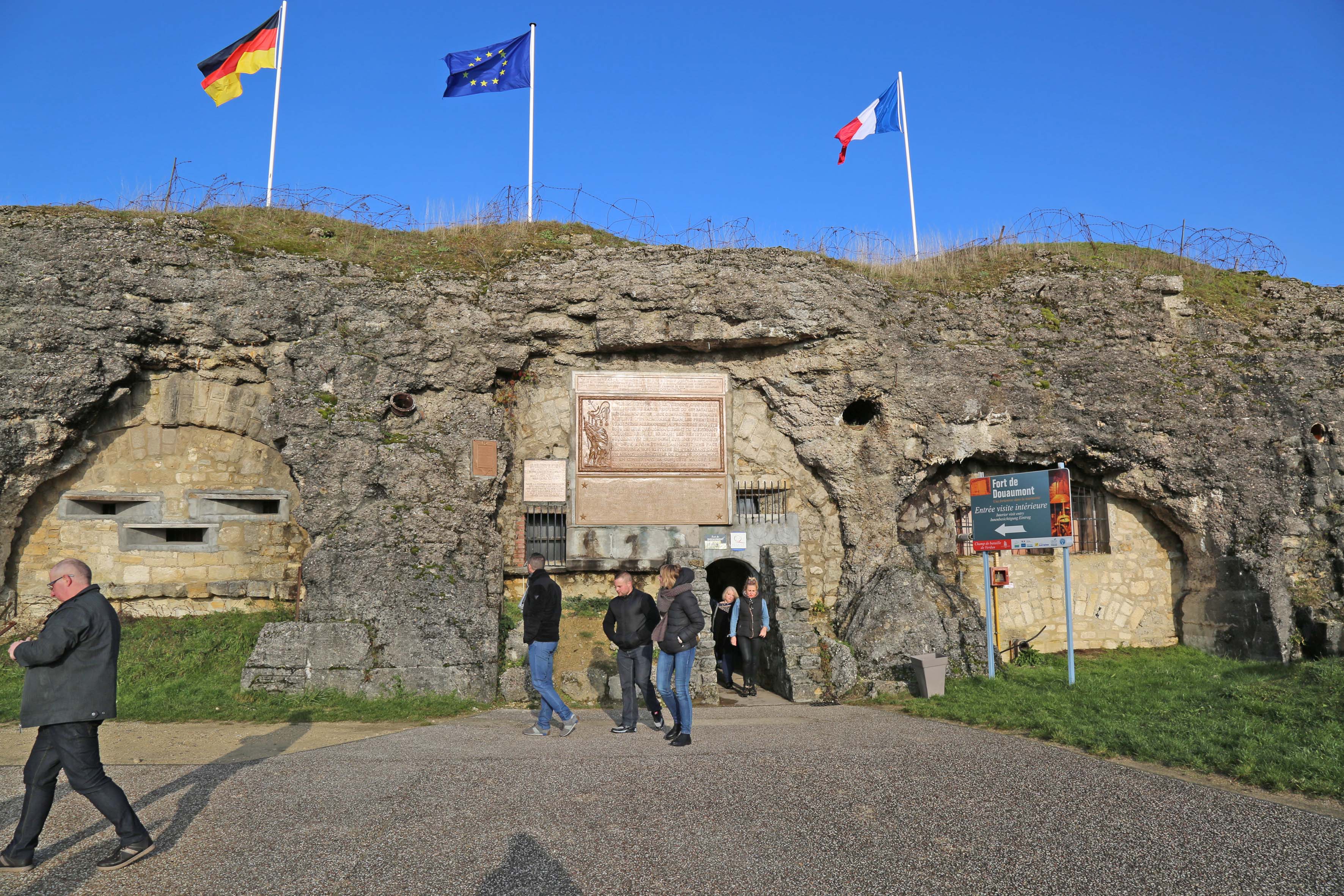 The keystone and an integral part of the Verdun defences, Fort Douaumont was taken by surprise just 4 days after the start of the Battle of Verdun. It was occupied for 8 months by the German army who used it as a protective shelter for its men and a major operational base for offensive operations. Despite multiple attempts to recapture the fort, this did not take place until the 24th October 1916. With the aid of multimedia supports, visitors can watch films and see photographs from the period, listen to contemporary commentary and testimony, plus archival documentation about this vitally important fort. Visit barracks, the 155mm turreted gun and the German necropolis, resting place to more than 600 German soldiers.