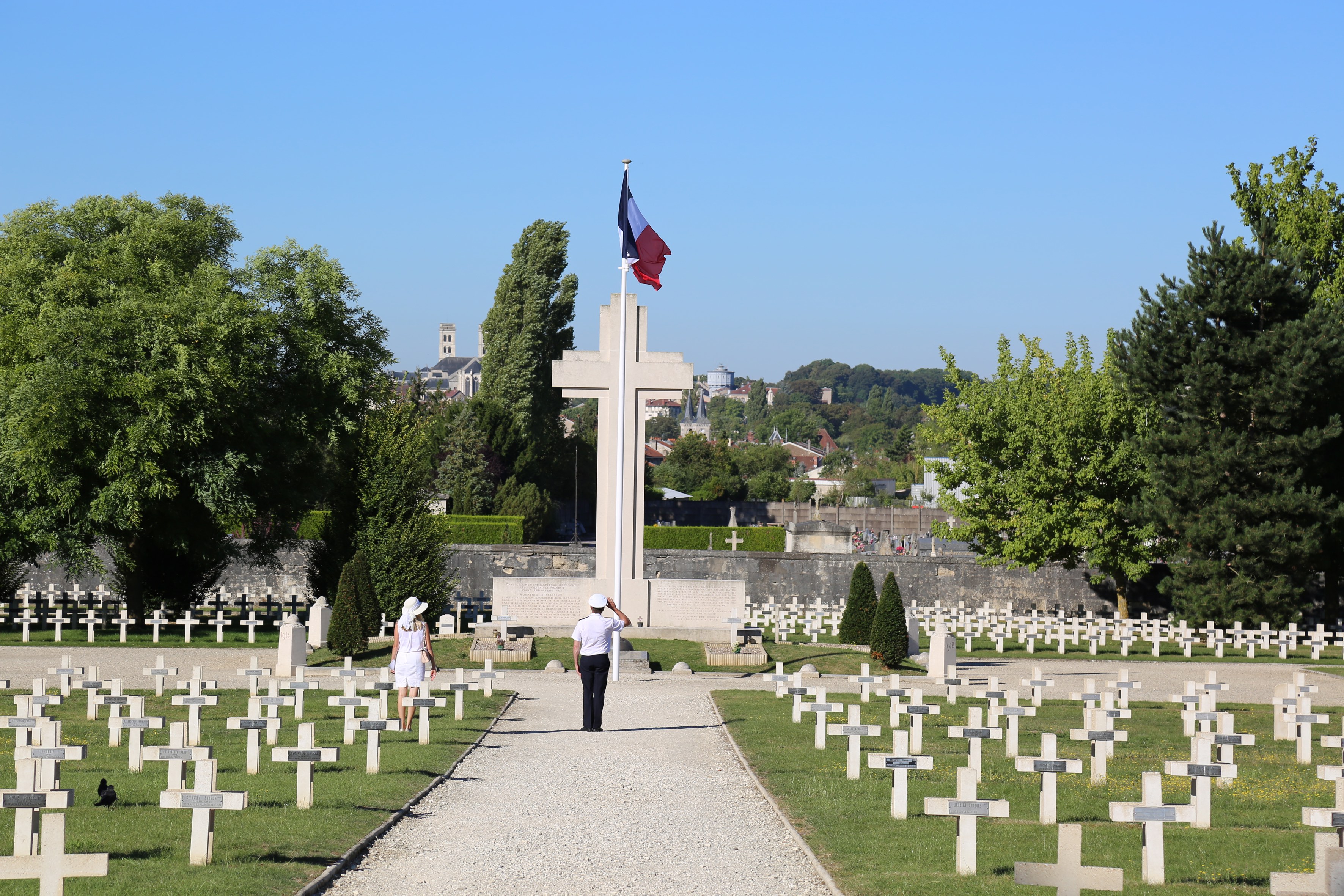 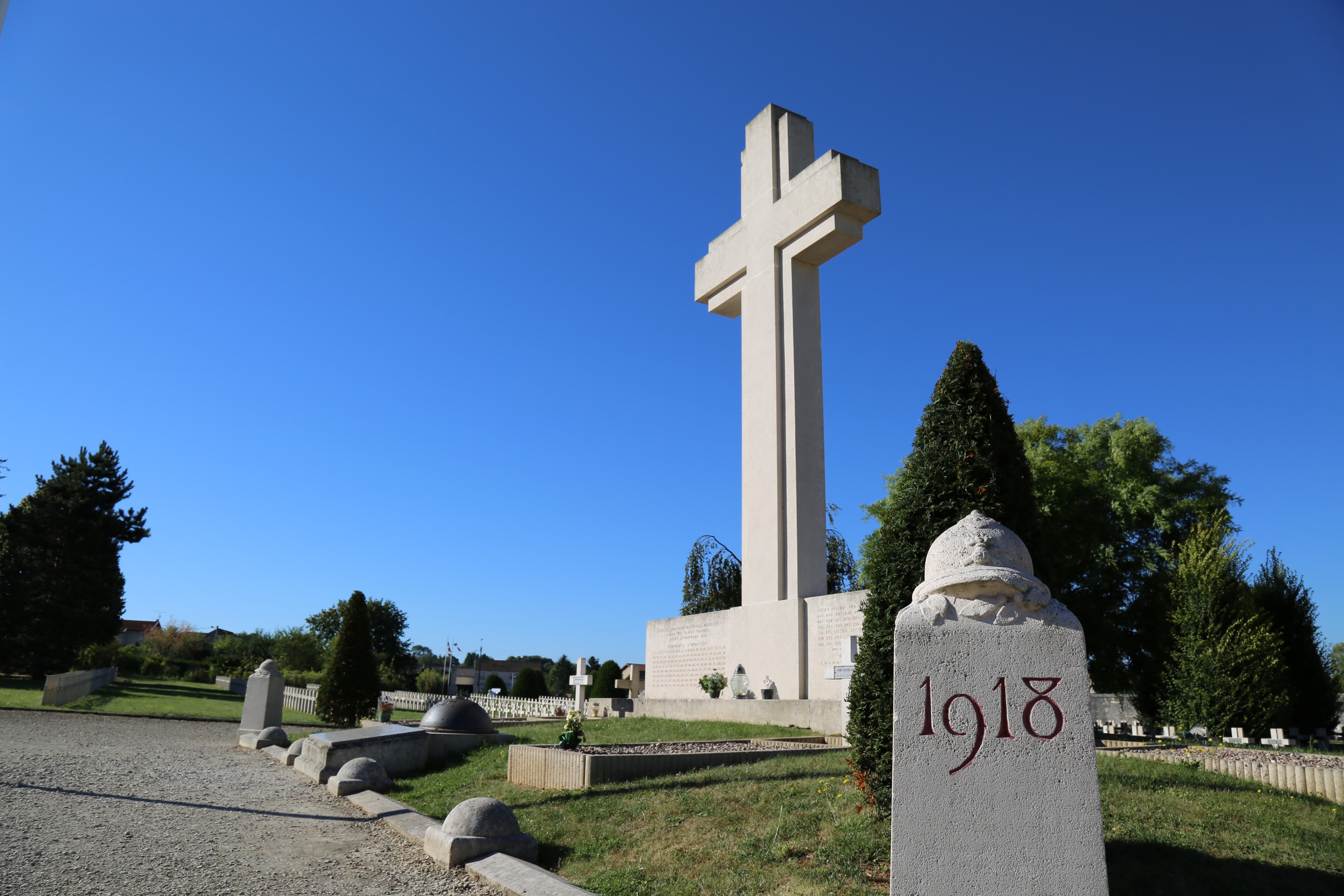 The Faubourg Pavé necropolis is located east of Verdun in the direction of Etain, Metz, Battlefield. The necropolis contains 5516 bodies including 4852 of the First World War. 14 Russian graves, 1 Rumanian, 1 Luxemburgish, 1 Indochinese, 1 Chinese. A large cross stands in the middle of the cemetery around which lie the remains of the 7 unknown soldiers (Carré des 7 Inconnus). These 7 + 1 remains were presented on November 10, 1920 at the Unknown Soldier's Choice Ceremony. Private Thin pointed to a coffin that went to Paris representing the sacrifice of a generation for his country. The remaining 7 remained in Verdun. Entrance avenue Joffre side, 6 Skoda brand guns are exposed.They were taken from the Germans on the eastern front. A monument carved by Leon Cuvelle in homage to the shot and deported of World War II is also visible by this entry, as well as a monument erected in honor of the Airmen.